Today we started in the chilly fog as we left Upper Travers Hut, and began our ascent for the morning with a handful of other hikers. Cold start, but not too bad, and weather remained fair all throughout summit. The descent would prove to be the difficult part. 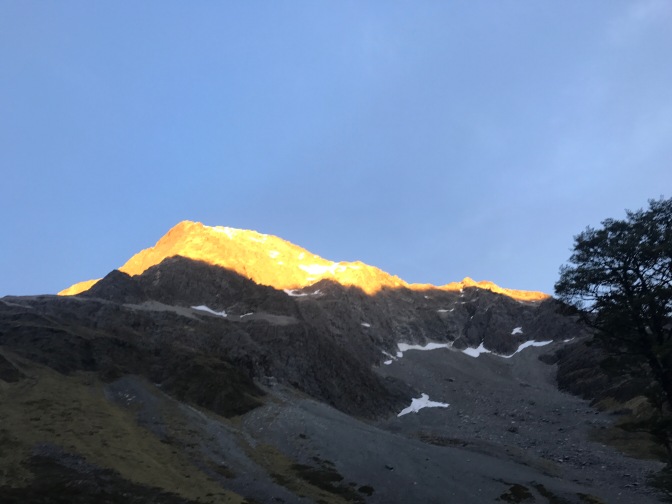 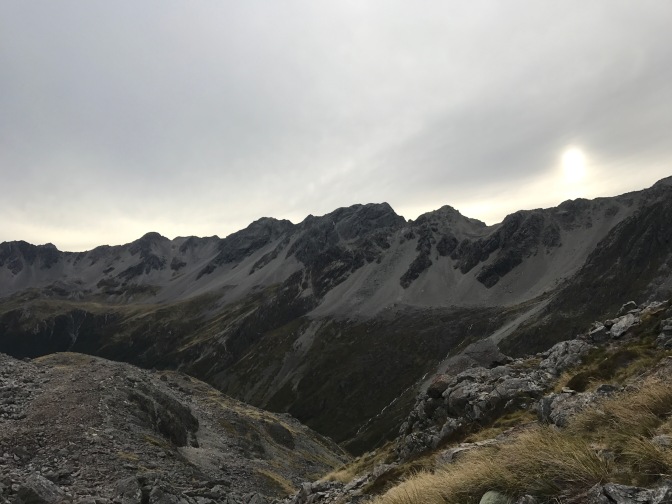 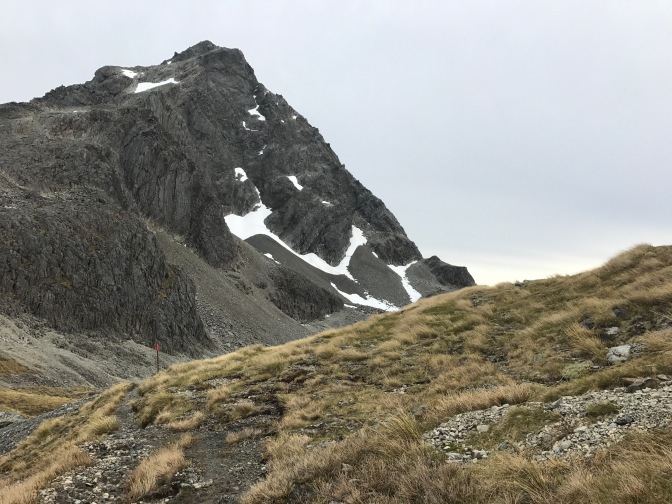 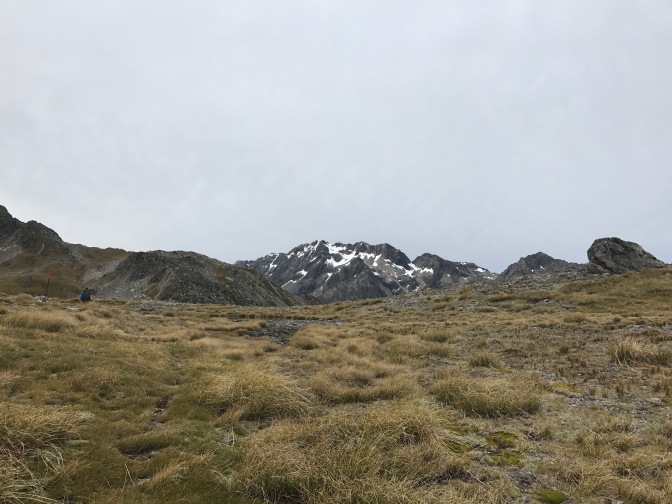 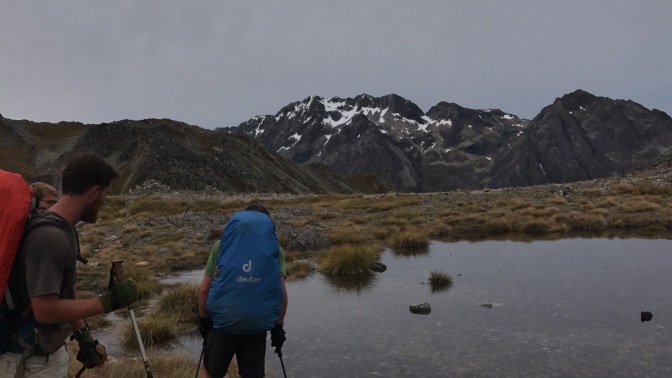 Sheer downhill that proved to be muddy and slippery throughout. Towards the beginning, Sam suffered the bottom of his pole snapping off, rendering his pole broken, though still vaguely usable. After much time of slippery descent, we came across a bridge that lay over this vast chasm housing a waterfall.  Unfortunately pictures couldn’t do the chasm any justice.  It was really magnificent, never seen anything like it.

We arrived at West Sabine hut at around 10:30am, and remained there playing cards until lunch. After lunch we shoved on the remaining 7k, and Sam quickly broke his other pole in the exact same fashion. Unlucky day for Sam.

As we walked along the wet forest track we saw multiple waterfalls and amazing rock faces all throughout the mountains, possibly some of the most incredible views I’ve seen this trip. 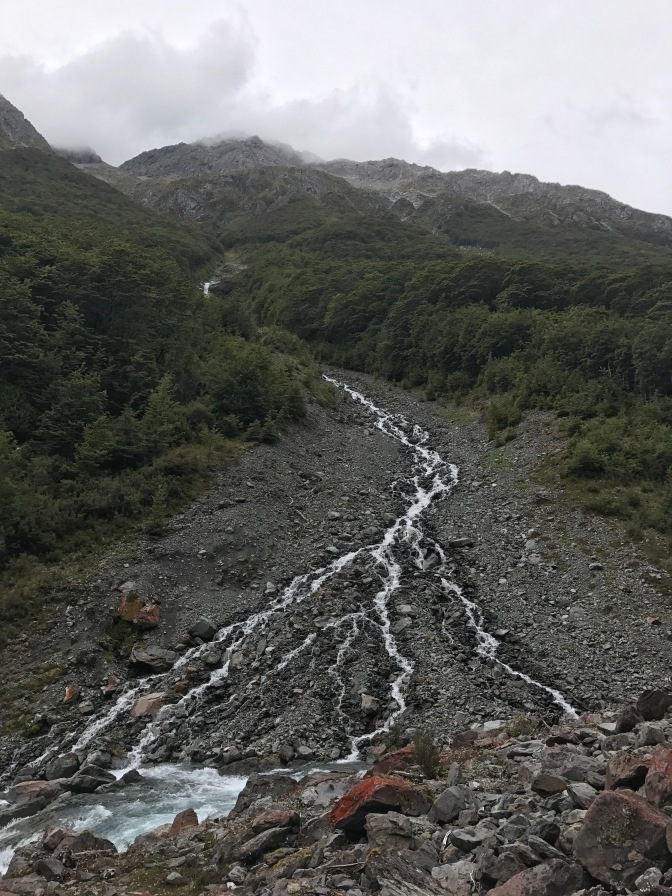 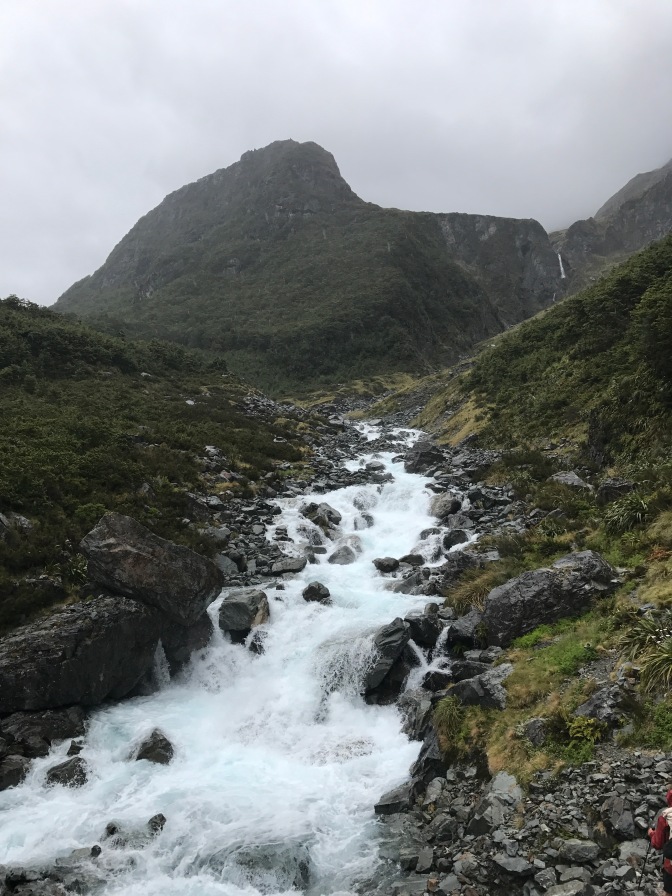 Shepard unfortunately broke the tip off of the bottom of his pole, making it the third pole he has broken (though this one remains usable). Consumer Report should list his poles as 2017’s top item to not purchase. Unlucky day for poles. We finally arrived in the drizzling rain at Blue Lake hut around 3pm, where we plan to hunker down for the forecasted bad weather tomorrow. Entirely full hut, cozy, friendly people. Had spaghetti for dinner and played some cards, looking like a cold night to sleep. 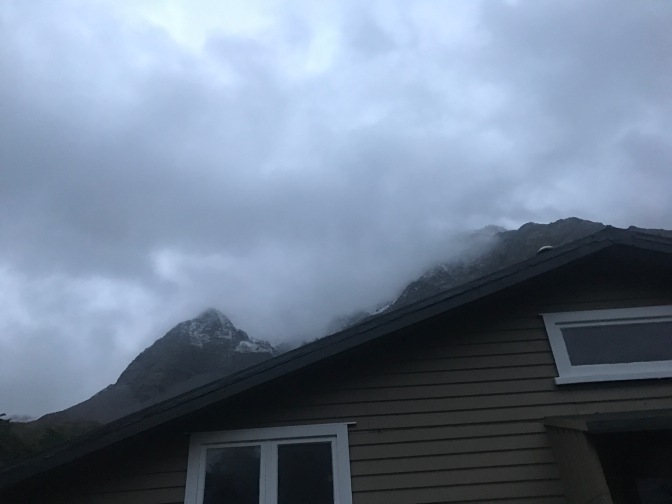