We woke up after a cold night camping in the horse paddock above camp stream hut.

Plenty of southbounders and northbounders came together here yeterday afternoon so it was quite crowded. We knew the 7 older women (The Hens) were planning to reach camp stream last night so we all decided to camp and keep the bunks free. Oddly, when we passed the hut this morning, only one of the 7 had made it to the hut. She said she thinks the rest decided to camp by the river instead of push to the hut. (Edit: this turned out to be true as we followed up on the matter a few days later).

We headed out after a cold packup at around 8:00. It was cold but the sun was getting ready to peek out from behind the mountains. We descended the hill to the coal river and quickly climbed back up a steep 200 m. Flat walking up top brought us to a short spell on a gravel road. 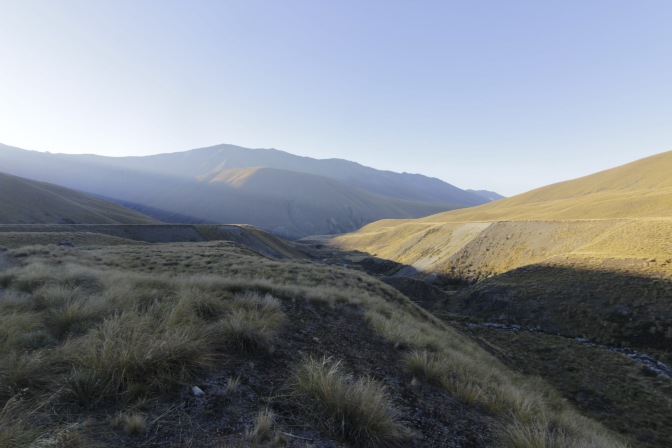 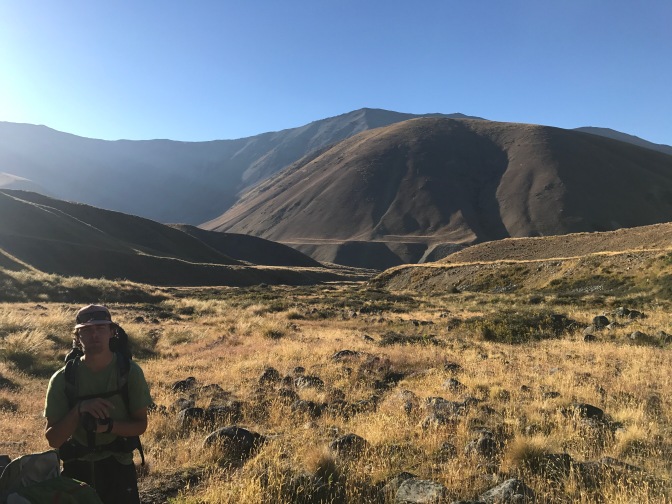 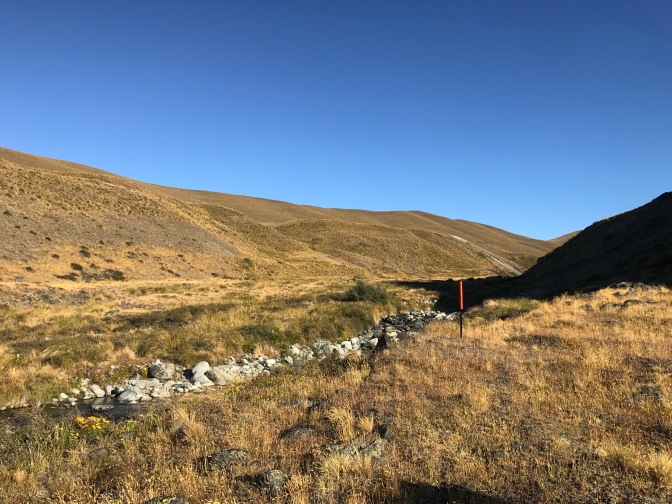 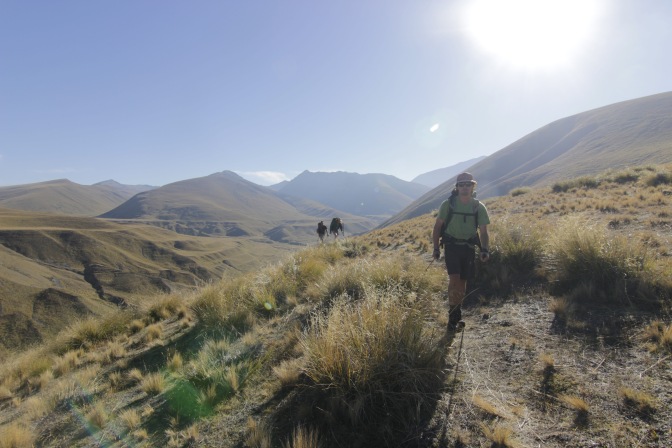 The map marks the trail turning left up the side of the road in an odd place, but we scrambled up and found markers soon enough. It got quite hot and we were excited to reach an upcoming stream to refill to last us until lunch, which we wanted to eat once we reached Lillybank Road, the road encircling lake Tekapo. Pretty dry day in terms of water supply so important to fill up where possible here.

The rest of the day was either flat or a gradual descent down the ~400 vertical meters to Lillybank. The view over Tekapo was awesome. Bluest lake so far. 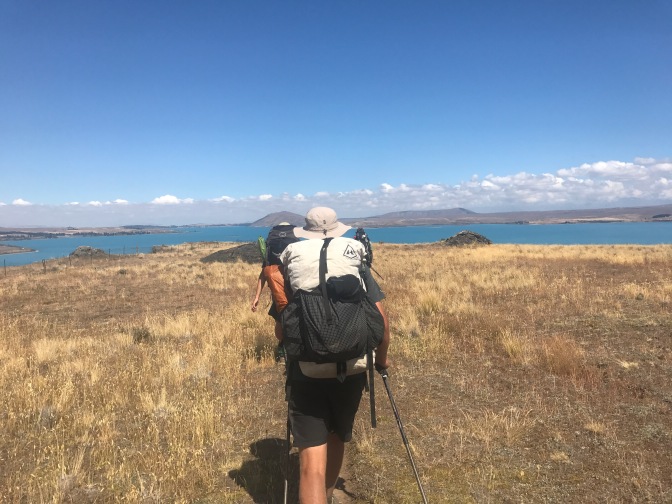 We finished up the tussocky descent to Lillybank, on which we walked for about a kilometer to the stream we ate lunch at. We decided we wanted to hitch the long road section into Tekapo so we could enjoy the town and the lake with Thomas and Jack as much as possible. As we were finishing up lunch, Sam heard a car coming by and ran up to the road just in time to stick a thumb out and catch the hitch. There was room for three so Jack H, Shep, and Sam hopped in and the german couple said we could all toss our packs in too.

With nothing but water bottles, Thomas, Jack, and I were ready to walk the ~15 km into town if we couldn’t catch a ride.

Sure enough, a big truck with an empty bed pulled up soon after, with room for just one person in the front. Because my ankle has been killing me the past couple days, Thomas and Jack let me take the ride. Awesome dude driving the truck. He was a young guy from just outside Queenstown who was pretty stoked to hear about our trip so far. He dropped me off a short walk from the town center.

We all found our home for the night at the Tekapo Holiday Park. We set up our tents, showered, lazed around for a while, and headed into town. We just need one day of food into Twizel, and i’m planning on biking there by around lunchtime, so we didn’t have to handle a big resupply here.

We decided to grab dinner at Kohan, Tekapo’s lovely sushi restaurant serving locally caught salmon. After dinner we grabbed some beers from the foursquare and headed back to hang around by the lake at the Holiday Park. We finished our day with a movie in the TV lounge, and ready crash and sleep in during our planned zero day tomorrow. Sweet walking this morning, followed by lucky hitches and a great day in town. Done walking with Thomas and Jack for now, but we’re excited to chill with them tomorrow and see them again in Queenstown soon enough.